Every year around Christmastime, I start to have warm, fuzzy thoughts about all kinds of things, but especially about my husband and the day we were married. I really wanted a Christmas wedding! That’s how much I love this time of year! I wanted to have lights strewn everywhere and an excitement in the air that just doesn’t happen any other month. It snowed that day, six years ago, and it was just as I had imagined it! We had a beautiful ceremony at our hometown college campus chapel, and a gorgeous reception at my dad’s country club. There were trees lit up and my centerpieces were white flowers with blue lights in the vases, crystals and snow flakes scattered atop mirrors, and a touch of sparkly silver accents everywhere. It was just as I had dreamed it would be! The big band played all night and everyone had a blast!

Ryan had proposed to me at a family Christmas party two years prior to us getting married. At the time, I hadn’t been feeling well. I had just been in the hospital for a very serious kidney infection. I had other issues, especially digestive ones that were bothering me daily, too. But, it was kind of in my nature to ignore it and just keep pressing on. “Eventually it will go away” is how I always thought about things. So, Ryan proposed, and it was perfect! We were so happy and so excited to start planning our wedding!

Two weeks later at work, I turned completely jaundice. My eyes and skin were as yellow as Big Bird. I went to the doctor. He couldn’t determine what was wrong right away, but wanted to hospitalize me immediately. I went through so much testing. It was kind of torturous. But, just after New Year’s 2010, I was diagnosed with Autoimmune Hepatitis. It’s not a viral form of hepatitis. It’s only called that because there is inflammation of the liver, which is what hepatitis is. The viruses are identified by the letters after them. This one is just an immune response in the body when the liver “attacks itself” so they say. It was a chronic condition for life, they said. So, for the next six years we tried everything we could to get it into remission. When I finally did, I weaned off the medications, and my body crashed. That was when the Lyme Disease journey began, as well as the Interstitial Cystitis diagnosis.

So, for years my husband has been living alongside of me as I’ve battled through one chronic illness after another. Some of them have been life threatening at times. It’s been a scary ride. But, he has always been my constant companion, my solid rock, my unwavering source of strength and comfort. He has taken on so much by marrying me! I always think, he had a chance to get out! Haha. We were engaged and fighting the first diagnosis for two years before we actually got married. But, he stayed. And he has fought so hard with me. He built his business in hopes of making a better life for us. None of my treatments are covered by insurance, so we had to make changes to be able to afford the things we needed. He works tirelessly around the clock. He’s taken care of me like I saw my grandfather do for my grandmother when she had Alzheimer’s and into her final days. Always there by her side, meeting her needs morning and night. Ryan has taken on all of the things that I would normally do at one point or another. He does the dishes, the laundry, the grocery shopping, ALL of the errands, drives me to my hair appointments and friend dates, fills my pillboxes of all of the supplements and vitamins I need when my mind isn’t clear enough for me to do it, and so much, much more. It has been hard for me to get out of the house so much in the last several years. But, Ryan always sees to it that I have what I need, and that I get out and have some fun, too. And he NEVER complains. I don’t know what I did to be so blessed by this man. It doesn’t seem right that I should have someone to care for me the way that he does. But, I am so grateful and love him so much for it.

Not only does he look after my needs, but he’s always looking for something to cheer me up and to make me happy! It’s the sweetest thing. He will spend a lot of time secretly looking online for something to surprise me with, like a concert by my favorite artist, or a trip to a spa to relax. He also is a comedian. True story. So he loves to find ways to make me laugh. Laughter as medicine has played a big part in keeping me here on Earth, I believe! Haha. In times where the pain is so great, day after day, week after week, month after month, you just have to find ways to feel the smallest bits of joy. He does that for me. Either in his own way or by introducing me to new comedians to watch in bed on Netflix, he’s always thinking of how to make me smile. He never stops thinking of others and that’s another thing I love about him so much.

He’s had to endure the hardships, too. Ryan loves music. I mean, LOVES it! He lives and breathes it! For years, I couldn’t go to concerts. I either had a chronic migraine, absolutely no energy to move, or was in too much pain to the leave the house, and it kept us from seeing his favorite artists, going to the movies, or even going out to dinner with friends. There were so many things he had to miss out on. But he never made me feel guilty about it or complained. We were hermits for a long time, always having to say no to invitations or cancel on people. I know it affected him a lot. I always told him to go without me. But, he wouldn’t.

So on our Anniversary, I like to reflect on all the things my love has done and sacrificed for me, and how lucky I am to have a husband like him. I know I could not have survived all of this without him. So many women I speak to with chronic conditions don’t have support systems like Ryan, and it breaks my heart. I wish everyone had a Ryan in their life! The world would be a sweeter place. I love him with every fiber of my being, and I hope to start to show him how much now that I’m on my way to healing! I think we have a pretty beautiful life ahead of us. Happy Anniversary, Ryan.

Below these photos I have linked this dress, accessories and some similar options 🙂

A Christmas Story of Hope (And Some Awesome Muffins!) 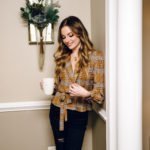 ASTR The (Must Know) Label! 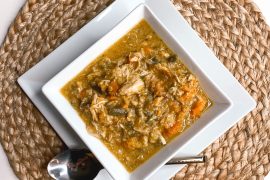 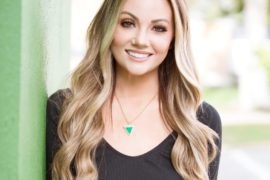 My Story Of Chronic Lyme Disease 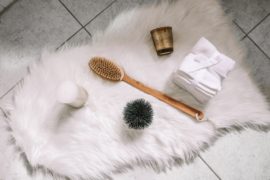